You are here: Home » Study in France in a French high school

Coming to France with ARAM and living an immersion for a few weeks or several months in a high school is a real opportunity to gain skills and better build your future. During your program, you will be able to discover France and be immersed in a local high school and host family.

Why learn French in France?

France is a wonderful place to study, discover the gastronomy and enjoy the French way of life! Living in the country and being immersed in a host family is the best way to learn French and discover a new culture.

The experience will give you the upper hand when pursuing an international career and will give your CV a competitive edge. Studying in another country demonstrates that you have stepped out of your comfort zone and are able to adapt to new environments and cultures.

The OIF, an international organisation of French-speaking countries, comprises 88 member States and governments. French is the only language, alongside English, that is taught in every country in the world.

French is the international language of cooking, fashion, theatre, visual arts, dance and architecture. A knowledge of French offers access to great works of literature in the original French, as well as films and songs. French is the language of Victor Hugo, Molière, Edith Piaf, … !

France is the world’s top tourist destination and attracts more than 88 million visitors per year. French also comes in handy when travelling to French-speaking parts of the world.

The ability to speak French and English is an advantage on the international job market. A knowledge of French opens the doors of French companies in France and other French-speaking parts of the world. As one of the world’s largest economies and a leading destination for foreign investment, France is a key economic partner.

First and foremost, learning French is the pleasure of learning a beautiful, rich, melodious language that is often called the language of love.

Live in another culture – make new friends – learn a language

Coming to France with ARAM and living an immersion for a few weeks or several months in a high school is a real opportunity to gain skills and better build your future. During your program, you will be able to discover France and be immersed in a local high school and host family.

Many years of experience

Our experience and our network of local coordinators throughout France allow us to offer you a quality program.

We are committed to assisting you in order to offer you the best services and profitable experience as possible.

As an exchange student you will:

Living with a host family

For decades, the cross-cultural homestay has been considered the best educational vehicle for the development of real international understanding. There are profound opportunities for cultural immersion for students who take part by living with a well-vetted host family while attending a local high school abroad.

Living with a host family means that students will experience a full cultural and linguistic immersion. 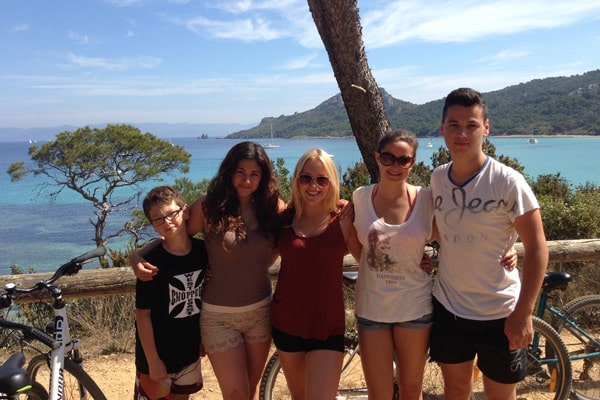 The host family is probably the most important element of our programme. It is for this reason that we pay special attention to their selection. We meet all our host families and visit them at home. We choose families who want to take advantage of this cultural experience and who will accept students as if they were their own children. We are very careful when choosing our host families and we place the students according to common interests, hobbies and all other criteria that will make the student comfortable with the host family.

All families are located in a safe area. A placement may be anywhere in France, in small towns or large cities. Regardless of the location, however, students live out their French experience in a warm and welcoming family.

Host families receive a small compensation to help them to pay for the daily expenses. Each host family agrees to provide his or her international “son or daughter” with meals and a bedroom.

Just as in every country, every family is different. Whether you have got many siblings or no brother or sister, whether the host mother is a housewife or a business woman…, the possibilities are endless.

Some host families have hosted participants from different countries over the years. For others, hosting is a first time experience. Host families do not want or expect a “boarder” , but rather a new friend and family member. They look forward to welcoming you into their family!

Studying in France will benefit your students on both an academic and personal level. They will learn a lot about themselves as they discover a new culture and improve their French. ARAM offers a wide range of academic programs throughout France. 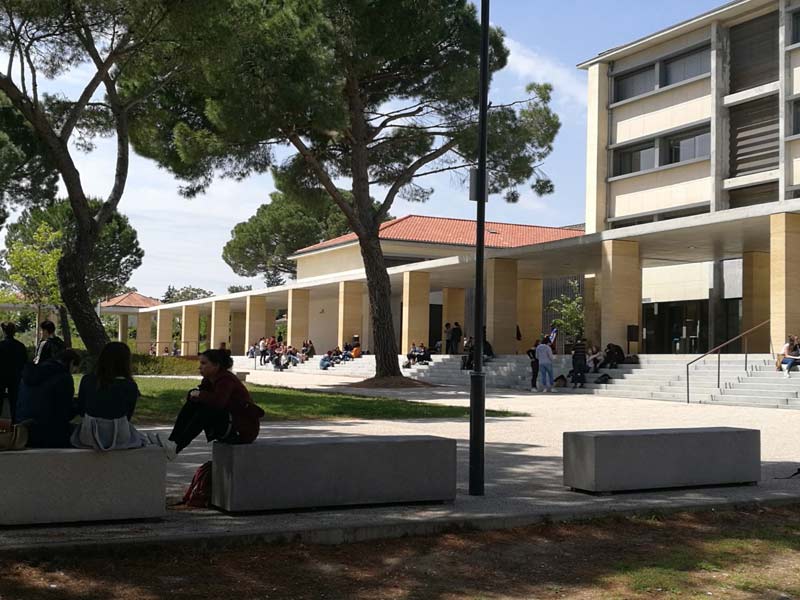 Which program to choose?

It is possible to study in a public or a private school, to be in the countryside or in the city, to stay with a host family or in a boarding school and we are confident that we will find a placement which allows students to reach their potential. Our stays range from 1 to 10 months, but the time spent in France can be very flexible: it is one of the great advantages of our program.

Please note: our exchange students will study alongside French students and will be expected to work just as hard. However, they are unable to take the French Baccalaureate as this requires at least 2 years of studies.

Excursions & activities (included in our program)

We want our exchange students to get the most out of their time in France. That is why we organize excursions and activities throughout the year, which are included in our program price. We offer the opportunity to our students to participate in stays in Les Cévennes or cities such as Paris, Lyon, Marseille…, in day trips to historical cities such as Avignon or Nîmes, in outings to the beach or laser tags…
We want our students:

Students will remain in constant contact with a local coordinator for the duration of their stay in France. The coordinator will monitor the student’s progress and will be there to help in any situation. We will regulary send updates to the student’s famillies on their progress, as well as their school reports.

Students must know that the French educational system is certainly stricter, heavier and more difficult than in their country of origin. It is important to understand that the school work is the priority of the programme.

We can place students in public schools all over France, depending on the decision of the Board of Education and of the school directors…

The most important thing is to improve the French language as much as possible. Students will be placed with those of the same age. It takes an open-minded spirit and a lot of effort but this challenge is worth it. Our program is designed for students who want to learn French in a friendly atmosphere.

We can also place students in private schools if preferred, but at their own expenses.
Students can take the International Baccalaureate if they stay in France during 2 years and study in a private school. This diploma is valid in many countries. We work with 2 schools in the south of France. Classes are in English. Please contact us for specific requests.

The “Collège” curriculum is a general national curriculum and all schools teach the same subjects for the same amount of hours.

In classes of Première and Terminale, all students have to learn these subjects: French (only in 1ère), philosophy (only in Tle), history-geography, Civics, sciences, 2 foreign languages and sport.

3 “specialities” also have to be chosen in 1ère (4 hours each) and then only 2 in Terminale (6 hours each), among the following specialities:

Each school offers a variety of optional subjects which can range from various languages to arts or other computer science… Once they receive their weekly class timetable, students are expected to attend all classes.

In France, students cannot choose the subjects they want. All international students on our programmes will be considered as any other French student and therefore must abide by the rules of the school, attend all classes, do all tests and exams.

A report will be sent at the end of each school period (term or semester). It includes the student’s grades and teachers’ comments.

Students typically attend school from 8 am to 5 pm, from Monday to Friday, with a one hour break for lunch. They usually don’t have classes on Wednesday afternoons.

The final exam, the « Baccalauréat » or « Bac » is very important for French students because it gives them access to university studies, with no further selection. It is a rigorous exam with no multiple choice questions. It includes a written part and an oral part, with several subjects.

Each exam is taken over the last two years of high school (part in 1ère, part in Terminale).

In order to welcome you in the best possible conditions and offer you a placement according to your profile but also your European or non-European status, we advise you to register as soon as possible to facilitate administrative procedures.

Students who need a visa will have to send us their application at least 3 months before arriving.

Possible at any period.

Don’t hesitate to contact us, we are very flexible!

Once you arrive in France, you will take part in our 2-day orientation session in Montpellier or close to your host family with your local coordinator.